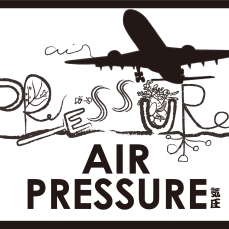 A little behind the Egg House on the Toho farm there is a truck that is no longer used by the farming family. Painted directly on to one blue metal side is a series of words – in Japanese script and in roman characters – and figurative images of people, vegetables and eggs all arranged around a white space with sparse ‘action lines’ suggesting release of energy. The vegetables are depicted as outlandishly large, dwarfing the human forms with whom they share the side of the truck. But despite their proportional size, the carrots, aubergines, green peppers, peas and turnips project a convivial welcome, a friendliness that I think is characteristic of work of the artist responsible, Kaori Inomata. Kaori-san, it turns out, is the daughter of one of the farm’s customers and also illustrated Shimamura-san’s book, “To Live With The Earth”. You can see more of Kaori’s work in the composite image that accompanies the “Breathing Slow, Breathing Fast” blog entry below.

We met Kaori in the bland reverberant lobby of the Toyoko Inn Hotel where we were staying during our second period of fieldwork. Rupert and I had been thinking about how we could bring more of the Shimamura’s sense of aesthetics into our project as a counter-weight to our own sensibilities. We were after something different from what had already been done in terms of presenting the farmers with sketches of our work in progress (showing them video footage and audio recordings on the first trip and showing them the edited first sound film on our return) and then trying hard to incorporate their ideas. Since the farmers had chosen Kaori-san to provide images that represented the farm – on the truck and in the book – we wondered if this might be a possible route down which to travel.

We showed Kaori-san the first sound film and talked more broadly of our ambitions before focusing specifically on what we were considering for the installation at the Whitworth Gallery in Manchester and for the CD-booklet. Over the coming weeks and months, Kaori developed different series of images, with one sequence in particular holding our attention. She worked further on this sequence, making different versions in different colours and with different weights attached to its various contributing textual and visual devices. I’ve included some lower resolution images of two of the alternatives here.

We realised that it might work very well to include a large scale version of one of Kaori’s images directly onto the side of the constructed box designed to house the “Air Pressure” installation in the Upper Mezzanine Gallery. We had other plans, too, of flags outside the Gallery reminiscent of the flags that flutter outside restaurants and shops in Japanese streets and of the ‘noren’ curtains that are used to decorate entrance spaces. The idea of the flags was ultimately abandoned but Kaori-san did produce an image that would complement a noren and she supervised its manufacture. I’ve included the graphic design that forms the basis of the noren here. The Japanese script reads ‘kiatsu’ or ‘sound pressure’ and we have borrowed this title for the second, two-screen film Rupert and I have made together.

I find Kaori’s illustrations compelling: they exude a certain ‘tactility’ that prevents them from being flat, despite the evident lightness of line, shape and colour. Yet there is also something more enduring and substantial about them that should really complement the very different tones and palettes Rupert and I are working with. 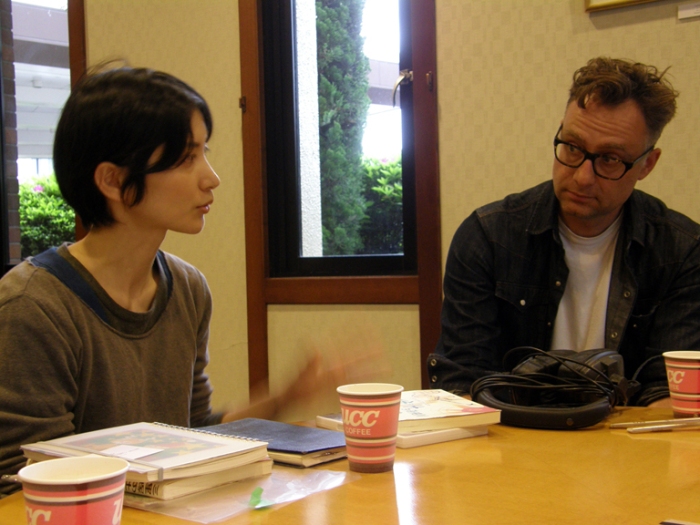