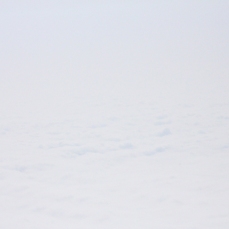 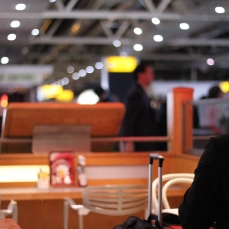 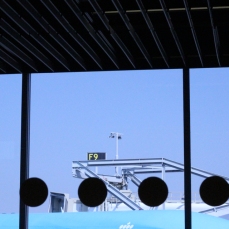 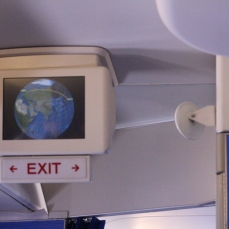 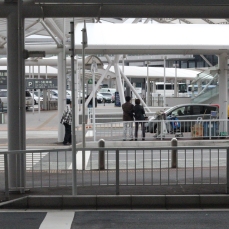 Dream incorporation was the term coined to account for the experience of external stimuli burrowing through the surfaces of the sleeping body to become cues for unfolding dream narratives. In experiments conducted in 1950s, researchers observed how the subject’s reported dreams absorbed such environmental events as a bugle sounding, water sprayed on the shoulders, flashing lights brought near the closed eye-lids, pressures and tensions applied to limbs and exposure to heat and cold. For me, the most common dream incorporation occurs when the auditory signal from my bedside alarm finds its idiosyncratic place in the story that I remember when I awake and ask myself, “What have I just been dreaming of?”

I am not sure whether such a notion as dream incorporation retains valuable currency with contemporary sleep researchers. I do know that at 4 o’clock on Wednesday morning, I pushed myself out of the covers with the distinct impression that I had just been dreaming of struggling to complete a complicated braid of my chestnut horse’s hair when the end-of-competition bell sounded. Squinting myself awake, I staggered from bed to shower to the clothes folded ready on the floor, managed a circuit of kisses on my sleeping family’s foreheads before heading out to the pre-booked taxi and down to the forlorn bus station where the gulls were tearing at bins and pigeons puffed and strutted in the gloom. Bitterly recalling the experience of the missed connection that left me stranded at Charles De Gaulle (recounted in the “Like Nowhere Else” post that was the second in this project blog), I had aimed to build a lot of slack into my itinerary.  Even when forced out of the queue to rearrange the weight that I thought I’d carefully distributed between my bags, I still arrived at the gate with time enough to spare, meeting Rupert at Schiphol before boarding the connecting KLM flight to Narita.

Around four hours into the second leg of the journey, four hours in which Rupert and I ran through some of the plans that will carry us until the second week of May, the cabin crew pulled down the blinds and softened the overhead lights. Too strung out to be able to sleep yet too wired to be able to absorb myself in a film, I peeled the headphones off and began to try and engage with the soundworld inside the fuselage. Occasionally, a mechanical stirring could be felt as much as heard beneath our feet, bearing an associative analogy with an ironing board being opened and then closed. Now and then, from our immediate right, came acoustic reports muffled but also made reverberant by the hollowness of the intervening bulk wall. The human contributions to the acoustic environment were muted and contracted into tight spheres around their originating bodies: a chair easing backwards, a shoe falling to the carpeted floor, a sneeze, film dialogues, music and foley effects spilling out from the headphones.

Like a bed on which all these events rested was that characteristic stretch of broadband noise, the cabin roar, full of energy in all parts of the frequency spectrum. A sound of wind that combined the dense rotary force of an industrial fan (see the “Fins and Fans” post from the 13th of September), the periphonic (=sound from above) pressure similar to racing through a tunnel with the car windows down, with an abrasive drone from below that was accompanied by vibro-tactile energy drumming through the soles of my feet and shaking through shinbones. More detailed sounds caught my ear from the rims of the cabin windows, sometimes crackling like static sometimes coming to a more full-bodied rattle. Like Freud’s insistence that it was, critically, an Unconscious rather than a subconscious (unterbewußtein), a psychic apparatus in which all others were engulfed, so, too, should this driving forcing sound that comprises all these elements be appreciated as an assault from all directions.

Somehow, in my tiredness, I began to discern distinct sonic shapes emerging out of this incoherent white noise. At one point, I almost got up to turn off my mobile phone, which I was sure I could hear ringing from the locker above. At another point, I thought someone’s travel alarm was ringing away.

I didn’t manage to fall asleep during the flight, but I wonder how the external stimuli of this cabin roar would affect my dreams? We know people frequently dream of flying but when they are actually aloft, asleep in the cabin, what do they dream of that could construct even an eccentric hallucinatory logic around this din. And what about those who sleep in such proximity of the airport? How are their dreams affected? Can the accumulated stimuli from the day’s noise penetrate the nocturnal dreamworld?